The mission of the “Armenian Actors Union” NGO is to develop modern culture through the use of modern methods, to implement creative and innovative projects, to create platforms and cultural spaces.

The aims and goals of NGO

● Organizing festivals that allow the Armenian audience to see local and foreign samples of performing arts
● Organizing International Collaborations (Forums, Conferences which are developing the competitiveness)
● Creating educational and training platforms (organization of seminars, master classes, courses by leading foreign specialists. The aim is to create Armenian-foreign intercultural dialogues, to create conditions for creative advancement through possible cooperation)
● Supporting young artists, creating artistic and administrative conditions for their creative advancement through the provision of consultations and platforms
● Coordination of the most important cultural events in Armenia, organization at a high artistic level

As a result of its continuous activities in the framework of the festival year after year, diversifying the scope of opportunities, offering new artistic innovations, and continuing to be in the leading position, the festival collaborated with foreign forums and international performing arts associations, increasing the activity of theatre in Armenia. In 2019, the YFA (Association of European Festivals) selected the “HIGH FEST” International Theater Festival from 715 European festivals and included it in the list of the 24 best.

AAU has accumulated and collected a database necessary for the art field, which as a result of long-term planning can serve in the long-term development, activation and recognition of the field. The NGO has organized many performances, open-air events, parades and other events such as “Speaking to one another”, “Tsitsernak” music awards and workshops. Below you are able to see the list of participants of “HIGH FEST” international Performing Arts Festival.

-HISTORY OF THE FESTIVAL

HIGH FEST International Performing Arts Festival was established in 2003. The first edition was situated in Yerevan, Armenia, October 2-9. It is the flagship performing arts festival in Armenia. Over these years more than 500 foreign companies, 5000 participants and guests took part of the festival. HIGH FEST has Main and Fringe parts as well as Armenian Showcase and the special Iranian programme.

The main goals of HIGH FEST (international performing arts festival) are developing of Armenian Performing arts, promoting Cultural Policy in Armenia and cultural rights of Armenian performing arts practitioners; promotion of Worldwide Culture in Armenia and Armenian Culture in other countries in the world; supporting Armenia in the process of integration between European countries in the field of culture; setting up and implementing programmes and events in art and culture for professional artists in order to promote open and a democratic society within Armenia.

To realize our goals, we seek mutually beneficial collaboration with our stakeholders, government business sector, international and local organizations.

Over past sixteen years, the Festival has significantly expanded and has drawn international attention. From 2006 it is announced by many performing arts networks as a main theatre festival of the former USSR countries (except of Moscow). Every year we have strong educational programmes, such as conferences, master classes, seminars and workshops, run by leading world specialists.

European Festivals Association (EFA) and the EFFE International Jury chaired by Sir Jonathan Mills (former director of the Edinburgh International Festival) announced the 24 EFFE Laureates that are in the running for the EFFE Awards 2019-2020, where HIGH FEST (international performing arts festival) were included. This biennial prize celebrates arts festivals that demonstrate artistic excellence and at the same time have a strong impact on the local and regional development of cultural cooperation. EFFE – Europe for Festivals, Festivals for Europe is initiated by the European Festivals Association (EFA) and supported by the European Commission. 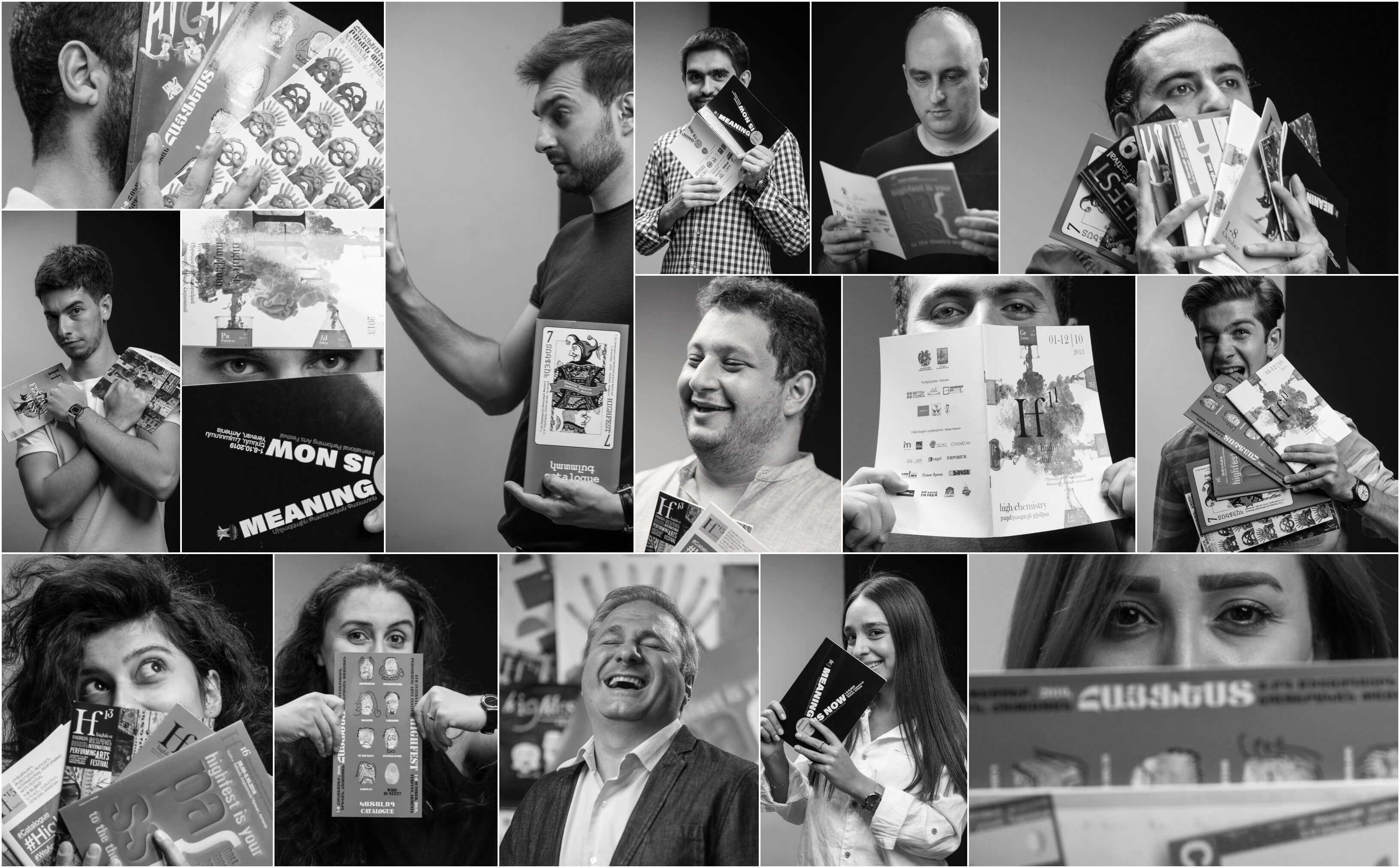